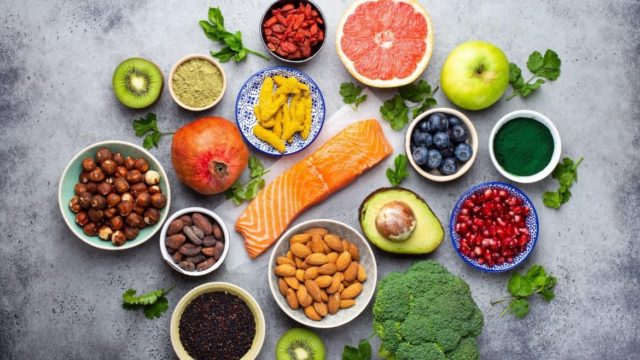 Psoriasis is a non contagious skin disease that causes red scaly patches on the skin. These scaly patches are as a result of excessive skin production that causes inflammation. Skin cells start to quickly mount up on the skin surface giving it a silvery-white appearance. These plaques often arise on the elbows and knees, although can affect the scalp as well as areas near your genitals.

As such, the causes of psoriasis are not clearly understood. But there is no full cure for psoriasis as well but it can definitely be treated. Psoriasis is caused due to faulty signals sent by the body that lead to fast generation of new cells. Hence, the treatment for the disease aims at rectifying the immune system. It is also considered to be a metabolic disease, so in the earlier stages of treatment cleansing juice fast is suggested for around two weeks. Juices of carrots, beets, cucumbers as well as grapes should be used but citrus fruit juices should be avoided.

Diet suggested for Psoriasis patients:   The first and foremost suggestion prescribed by doctors is to increase your intake of water. In a day, the individual should consume minimum of 2 liters of water.   Add lot of green leafy vegetables to your daily diet. This will not cure psoriasis but it will reduce to the chances of flaring up to some extent.   It is said that Epsom salt has notable effects in reducing psoriasis’ effects. Consider having a big bowl of salad that includes fresh green vegetables and sprouts during lunch and have steamed vegetables along with whole wheat chapattis for dinner.   Once you observe noticeable improvement in your psoriasis include goat milk, yogurt as well as home-made cottage cheese to your diet.

There are some food items that can trigger psoriasis; hence the patients should take care not to have following food items like red wine, carbonated drinks, red meat, chili, Monosodium glutamate (MSG), junk and oily foods, tomatoes and foods with vitamin-c should also be avoided.   People with poor diets have more chances of having much worse psoriasis. There is as such nothing called a special diet for psoriasis. Nonetheless, psoriasis patients are requested to limit the consumption of some types of foods. This is because certain foods items tend to worsen the flare up of psoriasis symptoms.